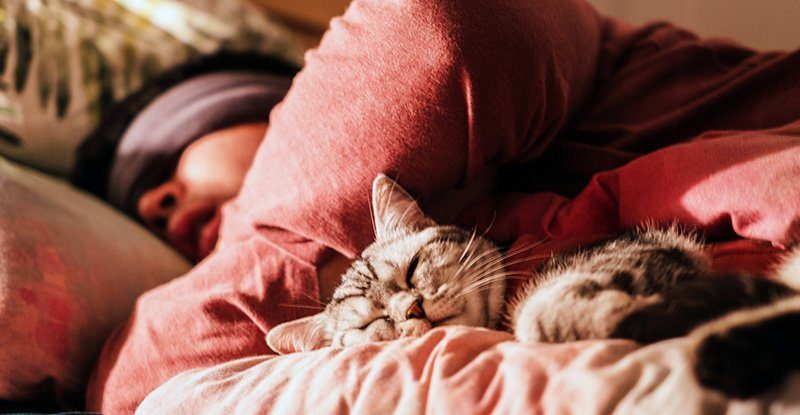 There Could Be a Dramatic Hidden Impact of Not Having a Regular Bedtime, Study Shows

DAVID NIELD 24 FEBRUARY 2021
There’s already some strong evidence that getting to bed at a regular time is important for healthy living, besides how many hours of slumber we’re clocking up in total. A new study has now found a link between disrupted sleep patterns and a higher risk of bad moods and depression .
In research involving the direct measurement of the sleep times and moods of 2,115 physicians over the course of their first year of training, scientists found that those with variable sleep patterns were more likely to report lower moods and score more highly for symptoms of depression in questionnaires.
Variable sleep times were actually as likely to push up the risk of feeling depressed as much as a lack of sleep in general was – suggesting that staying in sync with our circadian rhythms is as important for our mental health as clocking up a good number of hours of shut-eye in total.
“These findings highlight sleep consistency as an underappreciated factor to target in depression and wellness,” says neuroscientist Srijan Sen , from the University of Michigan.
With an average age of 27, and working through a demanding first year of training, the physicians involved in this study aren’t representative of the population at large – but the group did give scientists an opportunity to study a large number of people all in a similar situation over several months.
As you would expect, getting more sleep in total, getting up later, and going to bed earlier – as well as sticking to a more regimented sleep pattern – all tended to improve the mood of the participants. What perhaps hasn’t been well documented before is how important regular sleep patterns are in relation to those other factors.
Data were gathered through the use of sleep-tracking wearables, smartphone apps, and volunteer surveys. When it comes to the wearables, while they may not be as accurate for sleep tracking as instruments in the lab, they do enable scientists to monitor the habits of a lot of people at once, over a long period of time, without disrupting their daily activities (and nightly sleeping times).
“The advanced wearable technology allows us to study the behavioural and physiological factors of mental health, including sleep, at a much larger scale and more accurately than before, opening up an exciting field for us to explore,” says neuroscientist Yu Fang , from the University of Michigan.
“Our findings aim not only to guide self-management on sleep habits but also to inform institutional scheduling structures.”
While we can all agree that better sleep habits are good for our overall health , the team behind the new study wants to see more research into how different aspects of sleep hygiene – bedtime, waking up time, sleep patterns, total sleep – affect wellbeing individually.
The new study backs up previous research that suggests ignoring our circadian rhythms can be damaging to our mood, and increase the risk of depression over time. Try keeping to the same time for going to bed and getting up for an extended period of time, if you can – it might lighten your mood and outlook.
Next the researchers want to turn their attention towards other groups of people that may not necessarily have full control over when they go to bed, when they wake up, and how many hours of sleep they get in between – such as the parents of young children, for example.
“I also wish my 1-year-old could learn about these findings and only wake me up at 8.21 am every day,” says Fang .
The research has been published in npj Digital Medicine .